Science is needed to shine a hopefully bright light on better paths forward, but policy change creates the guardrails needed to keep progress moving in the right direction.

Most of today’s public health problems facing farmers, food industry workers, and rural communities stem from how the combination of economics, technology, and policy have driven change on farms and along food-value chains.

Many billions of dollars have been invested over the last half-century in creating the systems and infrastructures that govern how food is grown, handled and stored, processed and sold to consumers.

Think of all the money invested in how just one form of nitrogen fertilizer — anhydrous ammonia — is manufactured, transported, stored, and applied on farms across the country.

Compare the billions invested by the government and private companies to efficiently supply anhydrous ammonia fertilizers, to the very modest investments made in all other forms of nitrogen, including compost and the conversion of organic waste into fertilizer.

In short, the farming and food systems arise and are maintained by our purchases, tax-funded subsidies and direct investments.

Pesticides must be tested and then regulated. Pest management professionals responsible for assuring their safe use have to be trained and empowered with accurate, timely information. Doctors need information on the ways pesticides and animal drugs can trigger disease.

The capacity to carry out these tasks is an essential — and generally underfunded — part of the nation’s current pest management, animal health, and worker health infrastructure — and where HHRA science can make a difference.

HHRA will work to advance regulatory processes that are driven by research and science. Our goal is to ensure that insights from our work are a part of the policy debates scientists educators and practitioners are engaged in,  and to help inform regulatory agencies and decision-makers.

The COVID-19 pandemic has driven home the realization that connecting dots is needed to achieve public health goals. It is also essential in building and refining the guardrails within which progress will be made toward pest management systems that are both profitable for farmers and safe for families conceiving and raising children. 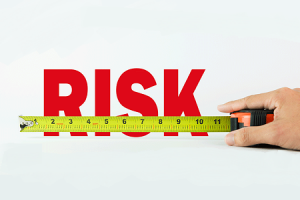 One area of pesticide regulation in desperate need of reform is the process by which chemicals are safety tested before they can be marketed and sold.

Every new technology, machine, pesticide, and drug is evaluated for safety prior to regulatory approvals and marketing. These pre-market safety studies are designed to test exposures, risks, and possible injuries arising from the proposed, initial applications of the technology. But once out on the market,  often the diversity of application scenarios expands. With so many uses, the safety testing supporting them becomes thin, like ice on a pond in the spring.

Most pesticides and animal drugs are evaluated in small studies focused on efficacy and impacts from a specific application — such as a few acres of corn treated with a new herbicide,  or pigs treated with a new drug under tightly controlled experimental conditions.

Outcomes are carefully recorded, and as long as no clear problems are identified, the technology is approved for commercial use.

But this way of assessing pesticide and animal drug use is seriously flawed. Why? Because it is based on an assumption that has been proven wrong over and over. It assumes that if one of a few fields of soybeans or corn in Illinois can be sprayed with a new herbicide without problems in one year, then every acre of corn in the country, every year, can also be sprayed with no problem.

It assumes that an animal drug administered to treat an infection in a few animals on a farm with otherwise healthy animals can be given to thousands of stressed pigs in Concentrated Animal Feeding Operation (CAFO) as insurance against an outbreak of disease, or to promote growth, without any problems arising as a result.

This flawed assumption has led to a systemic downside to the remarkable pace of technological change in food and farming. New silver bullets come on the market before their impacts are understood, especially in cases where a new technology is rapidly and widely adopted.

Problems become evident, and eventually hard to ignore, and only then do public health scientists engage to understand what went wrong, and what the innovators, regulators, and users missed or failed to take into account.

But by the time the scientific community has conducted the research needed to link certain applications of new technologies that are causing adverse public health outcomes, there is a new set of silver bullets on the market.

Over and over, a new pesticide, animal drug, machine, or technology replaces the former market leaders, right about when public health science is grasping what went wrong with the last one. And so the cycle begins anew.

A primary goal of HHRA is developing novel ways to conduct public health science in the food and farming sectors so that health risks are recognized more quickly, or even before widespread commercial use.

The quicker such risks can be identified, the sooner steps can be taken to utilize new technologies in the ways, and in those places, where users benefit but no one else pays a price.