Why HHRA is Quantifying Herbicide Levels in Pregnant Women 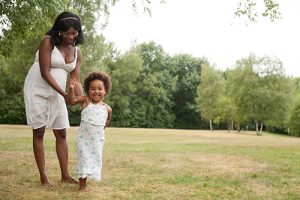 The Heartland Study is exploring whether exposure to herbicides among pregnant women in the Midwest is associated with more frequent or more severe adverse birth outcomes or impairing children’s development.

This prospective epidemiological study will collect data on the levels of herbicides in the urine of pregnant women as a measure of exposure. The study team will follow pregnancies and collect data on the delivery and health of the newborn. Our plan is to track development of the infants born to a woman in the Heartland Study through age 16, when any developmental problems possibly caused by early-life exposures to herbicides are likely evident.

Then the Heartland Study team will determine whether the women with the highest levels of herbicide analytes in their urine during pregnancy gave birth more often to newborns that were pre-term or lower than expected weight, or infants with problems that could adversely impact their growth and development.

Accurate data on herbicide and other pesticide levels in the urine of women enrolled in the Heartland Study are essential to calculate accurate estimates of each woman’s exposure herbicides during her pregnancy. This is why HHRA is testing our urine samples at one of the most highly regarded pesticide analytical labs in the world, CTQ in Quebec, Canada.

Our Glyphosate and Glufosinate Method 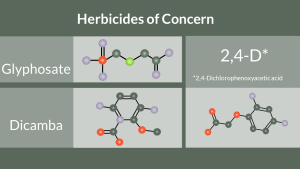 It is important to use an analytical method that detects both the parent compound and major metabolite(s) when assessing linkages between pesticide exposures and health outcomes. This is because both glyphosate and glufosinate start to break down quickly after application to its respective, primary metabolite.

The longer the time period between an application of a GBH or glufosinate (Liberty herbicide) on a food crop and the testing of the crop for residues, or a food product made from the crop, the more complete the degradation of the active ingredient will be to its primary metabolite. In general, as routine degradation processes unfold, the level of parent compound in a sample of food will decline incrementally and the level of the metabolite will increase steadily.

In both the case of GBHs and glufosinate, the metabolite is regarded as equally or even more toxic than the parent compound. In several published epidemiological studies, the association between AMPA and an adverse birth outcome is stronger than the association between glyphosate and the outcome. The likely reason is that differences in exposures to AMPA through the diet are more directly associated with the adverse birth outcome than differences in glyphosate levels.

It is also widely recognized that residues in food are the primary source of exposure to both glyphosate and glufosinate among people who do not work on or live in an area where herbicides are commonly applied on substantial acreage. 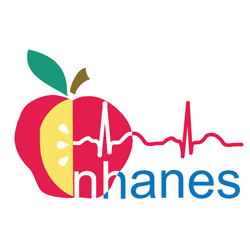 Marlaina Freisthler is a PhD candidate in the public health program at George Washington University that has served as a member of The Heartland Study team. Marlaina led a team that carried out a study assessing the relationship between the pounds of 2,4-D applied and the frequency with which residues of 2,4-D were detected in urine. The team drew upon the results of the testing carried out by the CDC via the National Health and Nutrition Examination Survey (NHANES).

The results of this study are reported in a paper entitled “Association between increasing agricultural use of 2,4-D and population biomarkers of exposure: findings from the National Health and Nutrition Examination Survey, 2001–2014.”

Dicamba and 2,4-D Levels in the Urine of Pregnant Women in the Heartland

Since 2017 and full approval of Next-Gen dicamba-tolerant soybeans and cotton seeds and associated herbicides, dicamba use has risen over 6-fold. Nearly all dicamba use in the US is associated with these GMO crops.

Via The Heartland Study, HHRA is testing the hypothesis that rising use of dicamba and 2,4-D, and possibly other herbicides, will lead to heightened exposures and adverse reproductive, birth, and developmental outcomes. Testing this hypothesis requires accurate data on herbicide exposures, and our best option to generate such data is to measure herbicide levels in urine.

To our knowledge, no new dicamba human biomonitoring data has been generated for many years. So in 2021, we commissioned the Center for Toxicological Research (CTQ) in Quebec, Canada to develop a new and sensitive method capable of quantifying levels of dicamba and 2,4-D, and 11-other pesticide analytes, in human urine. CTQ was successful in doing so.

Here we share early insights from our testing of urine samples collected from pregnant women between 2010 and 2014 (before dicamba-tolerant and 2,4-D-tolerant soybeans and cotton), compared to 2020-2022, after widespread adoption of these next-gen, herbicide-tolerant crops. 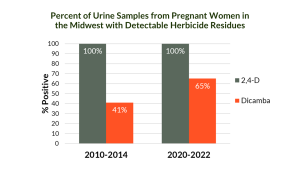 Key Findings on Frequency of Detections: 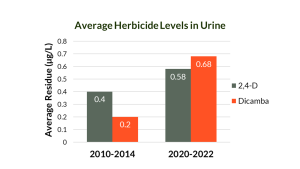