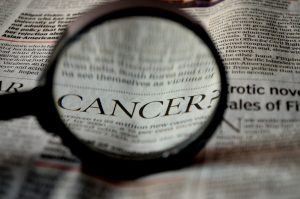 HHRA is concerned that rising exposures to pesticides and other chemicals used in food production and processing may be increasing cancer risk.

Cancer afflicts nearly one in three Americans and nearly all families. Cancer is an incredibly complex, diverse disease cluster that can attack almost all parts of the human body in dozens of different ways.

Every day of everyone’s life, literally billions of small mistakes are made as our bodies replenish themselves. Human growth and renewal happens when cells divide. When a cell divides, DNA must be copied and replicated in the new cells, but sometimes the replication process is slightly flawed, leading to a few mismatches in our internal genetic code. Some are the seeds of cancer.

Our immune systems almost immediately recognize the aberrant DNA and attack it as if it were a foreign virus or bacterium. But sometimes the immune system is otherwise occupied dealing with, for example, an ear or urinary infection, pneumonia, or COVID. Some people take immuno-suppressive drugs in the hope of reducing inflammation, combating allergies, or to avoid rejection of an organ transplant.

So a small fraction of those aberrant cell growths that get their start every day in you and me are not fully and quickly snuffed out. And so they grow.

Many things have to go wrong for aberrant cell growth to survive the best-efforts of our immune system to snuff it out or starve it. For this reason, it is rare for just one thing to cause cancer, even in the case of widely known carcinogens like vinyl chloride and cigarette smoke. After all, we know that not everyone who smokes gets cancer, nor do all workers in plastic manufacturing plants get cancer from vinyl chloride. 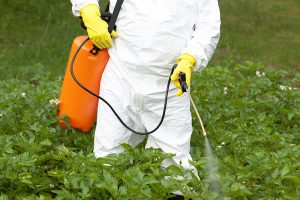 Several dozen widely-used pesticides are endocrine disruptors and damage DNA, and likely are triggering errors in DNA replication — some of which can lead to cancer. Others are known to suppress or somehow undermine the human immune system. Some are known to promote cancerous cell growths, and a few basically feed cancer cells. A small number appear capable of doing all of the above to give cancer a leg up in its continuous battle with the human immune system.

The three herbicides that account for almost all of the worrisome growth in herbicide use in the 13-state Heartland Study region have been classified by the International Agency for Research on Cancer as “probable” (glyphosate) or “possible” (2,4-D, dicamba) human carcinogens. This is why cancer is squarely on the HHRA and Heartland Study radar screen, and will remain so until science and regulation end routine human exposures to chemicals used to bring food to our tables.