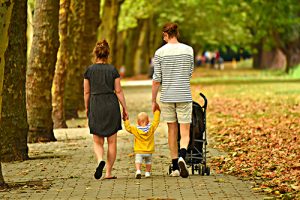 Pesticides are used extensively all around the country and often become airborne or run off into streams or rivers, aiding in their spread beyond the farm fields. In one study, USGS scientists found measurable residues of glyphosate, the #1 herbicide, in 60-80% of air and rain samples examined — demonstrating that routes of exposure extend beyond those who come into direct contact with pesticides.  And, these pesticides are showing up in people too – in preliminary work by our Heartland Study scientists, the #1 herbicide  glyphosate was detected in over 93% of the pregnant women from Indiana tested.

For the general public, the most common route of exposure to pesticides is through residues in food and beverages, especially drinking water.  People living in cities or suburbs, or otherwise far away from agricultural operations, may be exposed from lawn and garden herbicide use, including applications on golf courses, in parks, and other outdoor environments. Urban dwellers are additionally exposed to insecticides and other pesticides used to control indoor pests.

People who live in or near farming areas where pesticides are routinely applied are known to be at greater risk of exposure (Parvez e al., 2018). Routes of exposure for rural residents include airborne residues, blowing dirt and dust, and/or residues that adhere to clothing. Infants can be exposed from hand-mouth contact from dirt or dust, and sometimes residues are brought into the home by pets.

Individuals handling, mixing, and applying pesticides are also occupationally exposed, as are those that work on or near spraying equipment. The workers in pesticide manufacturing plants or along pesticide distribution systems can also be exposed occupationally.

In short, there are many routes y which we are all exposed to pesticides, and often to multiple chemicals at once. This impact from cumulative exposure to multiple pesticides is one of the hard public health questions our research will help answer.