“It is much better to prevent than to cure.”

The Ramazzini Institute is HHRA’s major toxicology partner. The Institute is an internationally-renowned, private laboratory in Bologna, Italy. It has been conducting high impact, cutting-edge animal studies since 1971.

Ramazzini Institute focuses on the potential of chemicals and drugs to cause cancer, reproductive effects, or other unwelcome health problems. The results of Ramazzini studies have led to the regulation and/or banning of several widely used food additives, high-volume chemicals, and drugs.

The work of the Ramazzini Institute is supported by the Collegium Ramazzini, an international academy composed of around 180 fellows from 32 countries. The Collegium includes the Co-Principal investigator of The Heartland Study Dr. Melissa Perry and the chair of the HHRA Science Advisory Board, Dr. Phil Landrigan. Phil also chairs the Ramazzini Institute’s Science Advisory Board. 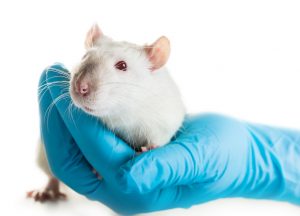 The Ramazzini Institute actively planned what has come to be known as the Global Glyphosate Study (GGS) in 2018 and 2019. Now underway, the GGS includes a two-year rat carcinogenicity study, a multi-generation reproduction and developmental effects study, and a battery of genotoxicity assays.

Two of the Heartland Study’s lead scientists — Phil Landrigan and Melissa Perry — have been and remain deeply involved in planning and carrying out the Ramazzini Institute’s GGS.

The GGS treats animals in all three parts of the study with pure, technical glyphosate — plus the Roundup Bioflow formulation sold widely in Europe — but not in the U.S. In 2019, Dr. Perry and Dr. Landrigan recognized that as originally designed, the GGP would be of limited use in understanding the human health impacts of the glyphosate-based herbicides sold and applied in the U.S.

The Heartland Study team was aware of a big difference between U.S. glyphosate-based herbicides and Roundup Bioflow. The former mostly contain the high-risk surfactants that fall in the POEA family, while Roundup Bioflow does not. Instead, Bioflow contains a much less toxic surfactant that is used in formulating the glyphosate-based herbicides sold in Europe. The change in surfactants was driven by pressure from European regulators.

Because of this, the results of the GGS as originally planned would shed no light on the human health impacts of the glyphosate-based herbicides sold and applied in the U.S. over the last 45 years. So, the Heartland Study requested that the Ramazzini team add an additional treatment group in each of the three components of the GGS. They agreed, and these animals are being fed varying doses of a major, POEA-based Roundup brand sold in the U.S. (Ranger Pro). As part of the HHRA-Ramazzini partnership, the HHRA is covering the added cost of this important change in the GGS protocol.

Another novel body of research is underway via the HHRA-Ramazzini Institute partnership. Scientists at King’s College in London are sequencing the bone marrow from rats that had been exposed to glyphosate in the sub-chronic portion of the GGS. They are searching for markers of possibly heritable, epigenetic changes in the rats exposed to pure glyphosate and formulated glyphosate herbicides, compared to the control group that was not exposed. They are using advanced metabolomic methods to explore possible linkages between altered gene expression in the treated rats, and metabolic or physiologic changes in the animals known to be associated with various diseases.