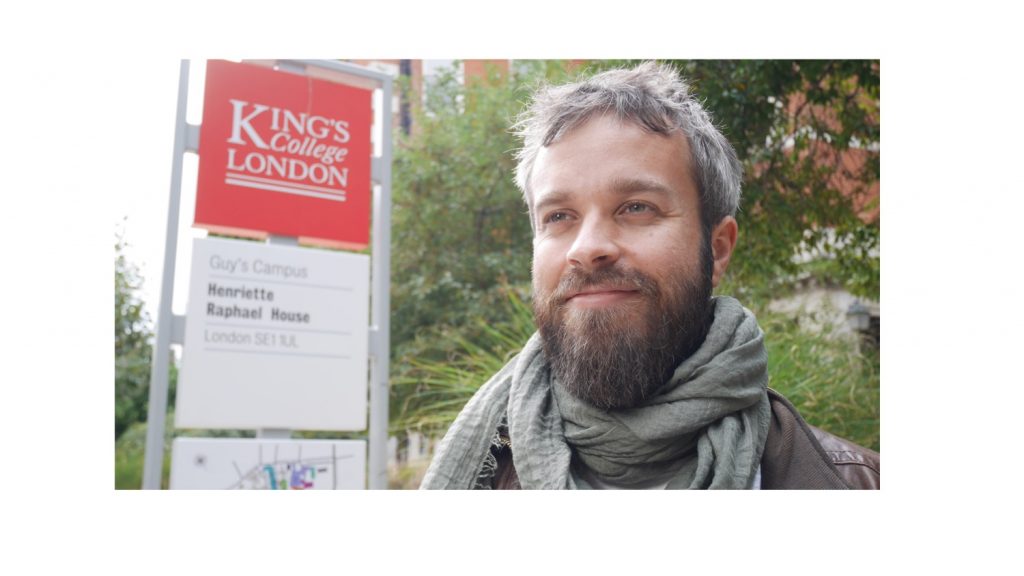 Dr. Robin Mesnage is a Research Associate in the Department of Medical & Molecular Genetics at King's College in London. For more on the importance and implications of this research, see our FAQ and  guest blog by pediatrician and HHRA Science Advisory Board member Dr. Michelle Perro.

Dr. Robin Mesnage is a Research Associate in the Department of Medical & Molecular Genetics at King's College in London. For more on the importance and implications of this research, see our FAQ and  guest blog by pediatrician and HHRA Science Advisory Board member Dr. Michelle Perro.

Our gut is home to trillions of bacteria which are critical to good health. Because the once-in-a-century herbicide glyphosate can kill bacteria in a petri dish, the notion that glyphosate acts as an antibiotic in the human gut, and as a result is causing human disease, has gained prominence. However, whether and how glyphosate affects the gut microbiome is still an open question. It is what prompted me a few years ago to switch my research focus to the study of the effect of glyphosate on the gut microbiome.

Together with my group leader Dr. Michael Antoniou at King’s College London, we have put together an international team of scientists based in London, France, Italy, and the Netherlands. We have carried out the first in-depth animal study on the impact of glyphosate on the gut microbiome. After three years spent conducting the experiment and crunching numbers on glyphosate’s impacts on the rat microbiome, our findings have been published in Environmental Health Perspectives the 27th of January, 2021.

Let’s dive into our results. First, did glyphosate act as an antibiotic? The short answer is no. In order for glyphosate to act as an antibiotic, it needs to cause a significant shortage in the production of compounds in bacteria called aromatic amino acids. This is how glyphosate kills plants. More specifically, it interrupts a series of chemical reactions within the shikimate pathway.

Glyphosate’s impact on the shikimate pathway had other consequences. A multitude of small molecules (metabolites) accumulated, while others were depleted in the rat gut. The bacterial composition of the gut microbiome also changed, with some bacteria present at higher levels in the glyphosate exposed animals.

We have an explanation for this: the glyphosate molecule contains one atom of phosphorus, and it is very likely that this phosphorus was used as a source of energy by some bacteria to proliferate in the rat gut. It is not clear whether the changes caused by glyphosate in the gut were pathological. However, these changes are a reflection of impacts that can serve as a biomarker to detect whether glyphosate is having an effect on the gut microbiome in humans.

We had another important question to answer: did glyphosate’s impact in the gut stay in the gut? We evaluated this by tracking whether the changes in gut microbiome chemistry caused changes in blood composition.

The compounds altered as a consequence of the interruption of the shikimate pathway by glyphosate in the gut were mostly unchanged in blood. However, other chemicals had their levels disrupted by glyphosate, with some indicating that glyphosate caused oxidative stress.

Oxidative stress is produced when free radicals are created in such quantities that the body’s defense mechanisms are overwhelmed and cannot prevent damage to cells and DNA — the building blocks of our bodies. It is not fully clear if this oxidative stress is due to the action of glyphosate in the gut microbiome, although our results indicated that Roundup caused a depletion in protective compounds such carotenoids in the gut microbiome that could potentially explain this oxidative stress.

This oxidative stress was even more pronounced when we tested a commercial herbicide containing glyphosate called Roundup Bioflow (also known as MON 52276, the representative glyphosate herbicide in the EU that regulators are focusing on).

It is possible that the altered molecular profiles we observed could serve as a biomarker to better understand if oxidative stress is impairing the health of agricultural workers exposed to glyphosate.

What are the next steps? It is not clear whether the changes caused by glyphosate in the gut were pathological. This study is a first step, and we hope that our new findings will be used as a foundation by other scientists to make new studies.

We are conducting more studies at the moment to understand if this oxidative stress caused by glyphosate is also damaging DNA, and hence raising the risk of cancer. This work will progress through collaborations with The Heartland Study, the Heartland Health Research Alliance [click here to sign up for updates from HHRA], and the Ramazzini Institute. To be continued!