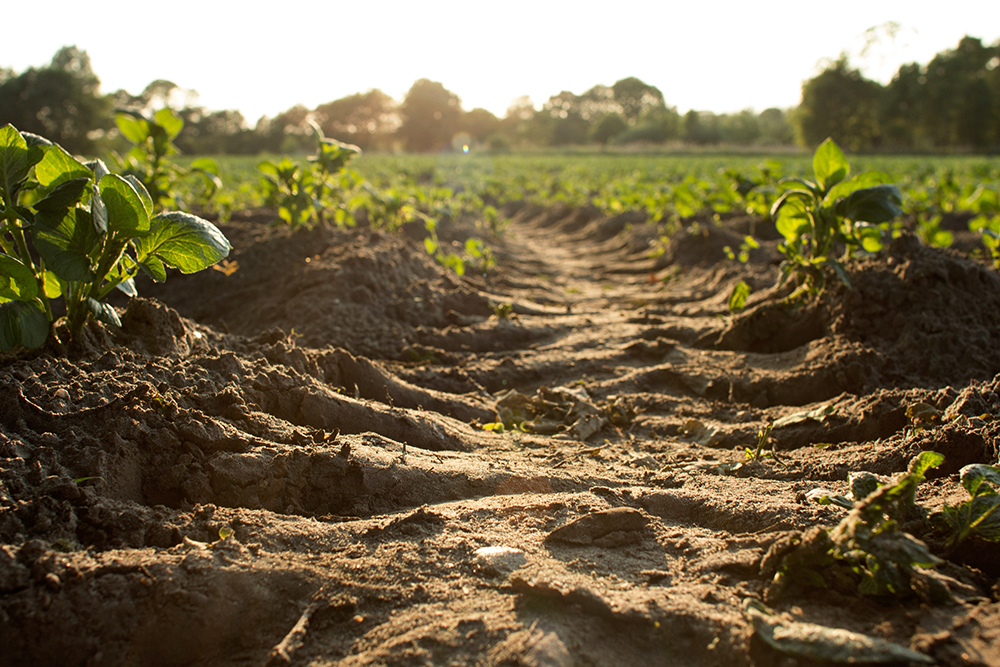 We are learning that healthy soils are intrinsically linked to the health of people and the planet.

World Soil Day: Out of Sight, Out of Mind

We are learning that healthy soils are intrinsically linked to the health of people and the planet.

December 5, 2021 was World Soil Day 2021. With Omicron marching from state to state, the ever-present worries triggered by climate change, school shootings and so much tension in our public spaces, it is no wonder that World Soil Day came and went largely unnoticed.

This needs to change before meaningful and sustained progress can be made in fixing what ails American agriculture and our food system. This simple truth applies here in the US and everywhere on the planet.

The soil health movement began in the 1990s and back then was most often referred to as “soil quality.” Both soil health and soil quality encompass the physical, chemical and biological properties that make well-managed soils rich, productive and alive. The “soil quality” concept has morphed into “soil health” and is now a widely accepted rallying cry for farmers, scientists and conservationists.

What is “Soil Health”?

First an admission. The following definition of “soil health” is unapologetically anthropomorphic (i.e. people centered). Birds, bees, worms and fungi would include a different mix of attributes in defining what soil health means to them.

Through the lens of how best to feed people, soil health is a function of the capacity of soil to produce healthy crops with minimal reliance on off-farm inputs (e.g. pesticides, fertilizers) and maximum capacity to help plants thrive in the face of biotic damage caused by diseases or pest attack, or abiotic stress (i.e. drought, flooding, excessive heat, soil compaction).

Healthy soils have more organic matter in them. Organic matter is what sucks carbon from the atmosphere and holds it in soils. It also enhances the levels of essential plant nutrients cycling within soil. This reduces the need for fertilizer. Cutting back on fertilizer reduces nutrient flows down the Mississippi, lessens nitrous oxide emissions (a potent greenhouse gas) and cuts farmer costs. And critically, organic matter also promotes healthier and more diverse soil microbial communities.

Healthy soils high in organic matter content are also not compacted, and so they quickly take in and hold precious rainfall, a huge benefit for farmers — and society — as climate change increases the frequency and severity of droughts. Getting intense rainfall into soil and holding it there is by far the best way to reduce the rising human and economic costs of flooding.

Healthy soils are home to diverse and active microbial communities that create and rely on complex food webs. Organisms living with and off each other is what makes soil alive. Healthy soils deliver higher levels of microbial biocontrol of soil-borne pathogens, compared to less alive soil. Healthy and active soil microbial communities can also deliver to plants a high percent of the minor nutrients and phytochemicals that plants need to combat stresses and produce a profitable crop.

These essential attributes of healthy soils are why “feed the soil to feed the plant” is a basic goal of organic farmers worldwide.

There is one more important attribute of healthy soils that rarely gets attention. Healthy soils do not contain weed seeds, insects or plant diseases with genes that render them resistant to natural control mechanisms and/or man-made ones (e.g. pesticides).

Over the last two decades the spread of dozens of yield-robbing herbicide-resistant weed seeds across the Midwest has dramatically degraded the ability of most Midwest soils to produce profitable crops.

There is not a farmer in the world that would hesitate to push a magic button removing all resistance genes in the pests they have to contend with year in and year out. Doing so would refill the pest-management toolbox and enhance the benefits of each tool and tactic when deployed.

This is also why a pesticide resistance-management renaissance is so badly needed and overdue, but a topic for another day.

In the mid-1990s Midwest farmers could have gone in either of two directions, or a mix, in dealing that era’s weed management challenges. One option was doubling down on the significant progress that was being made on many farms via a combination of mechanical and cultural weed-management practices.

This path forward includes more diverse rotations, no-till and reduced tillage planting systems, cover crops, novel ways to mechanically remove or set back weeds, and more carefully timed and targeted use of herbicides. These tools and tactics are the nuts and bolts of what is called Integrated Weed Management (IWM).

Another option emerged with the approval and commercialization of Roundup Ready crop technology. This GMO seed-herbicide “technology package” took over Midwest corn and soybean production faster than a speeding bullet relative to the typical pace of major technological change in farming systems.

In the early years the incredible effectiveness and simplicity of the system drove its adoption. Its success soon compelled all major seed-pesticide-biotech companies to develop and market competing products. This set in motion the systemic changes that drew farmers onto the herbicide treadmill they are now trapped upon.

The Key to Meaningful Change

There are many reasons for farm input industries, academia, government, farm organizations and the food industry to mount a systematic campaign to improve soil health, promote climate-smart farming and help farmers slow down the herbicide treadmill.

This is why the food industry and policy makers must widen their focus as they create, roll out, test and enhance new programs to promote climate-smart farming. Today, most farmers in the Midwest are acutely concerned about weed management systems that are costing more each year and working less and less well. A growing percent of farmers realize that if they cannot fix what ails their weed management systems soon, they will not be around for the long-haul to rebuild soil health and help mitigate climate change.

It’s a classic vicious circle that poses an existential threat to the backbone of the US farm and food system, yet like World Soil Day, this threat is largely out of sight, out of mind.

Slowing down the herbicide treadmill will begin to cap the rising costs of GMO seeds and the herbicides linked to them. By helping farmers cut cash costs and increase per-bushel profit margins, it will reduce the need for such high and rising levels of government subsidies for corn, soybeans and ethanol. It will be essential to help US farmers compete again successfully in world markets without help from taxpayers and/or trade barriers put in place to keep lower-cost imports from gaining access to the US market.

Reducing the public health impacts of rising herbicide use and exposures is another important reason to help farmers back off the herbicide treadmill. These impacts include elevated rates for certain cancers among farmers and ranchers and in rural areas, heightened risk of Parkinson’s disease and mental decline, and reproductive problems and adverse birth outcomes.

Our nonprofit, the Heartland Health Research Alliance (HHRA) started The Heartland Study because we knew herbicide use and exposures in the Midwest were sharply rising and would continue their upward trajectories for many years. Our concern is deepened because two high-risk herbicides are driving the overall increase in herbicide use in the Midwest — dicamba and 2,4-D.

The public health impacts of herbicide use belong on the policy radar screen because both 2,4-D and dicamba are “possible human carcinogens” according to the International Agency for Research on Cancer, and both have been linked to reproductive problems and adverse birth outcomes in multiple studies in the Midwest, Great Plains and Canada.

Clinical studies focused on pregnant women, their newborn babies and children’s development are the only way to identify herbicide-induced adverse birth outcomes. Because no such studies in the Midwest have been undertaken since the early 1990s, the goal of both HHRA and The Heartland Study is to assure that adverse birth outcomes are not added to the list of reasons why farmers need to back off the herbicide treadmill by restoring soil health. Underwriting progress in mitigating climate change is icing on the cake.

For a deeper dive on soil health, see “Thanksgiving 2050: To feed the world we have to stop destroying our soil” written by Molly Jahn, a professor of Agronomy at the University of Wisconsin Madison.

*Chuck Benbrook is the Executive Director of the Heartland Health Research Alliance. His first paper on the need to conserve soil health was entitled “Integrating soil conservation and commodity programs: A policy proposal” and was published in 1979 in the Journal of Soil and Water Conservation. The paper made the case for a new program much like the Conservation Reserve Program established in the 1985 farm bill.