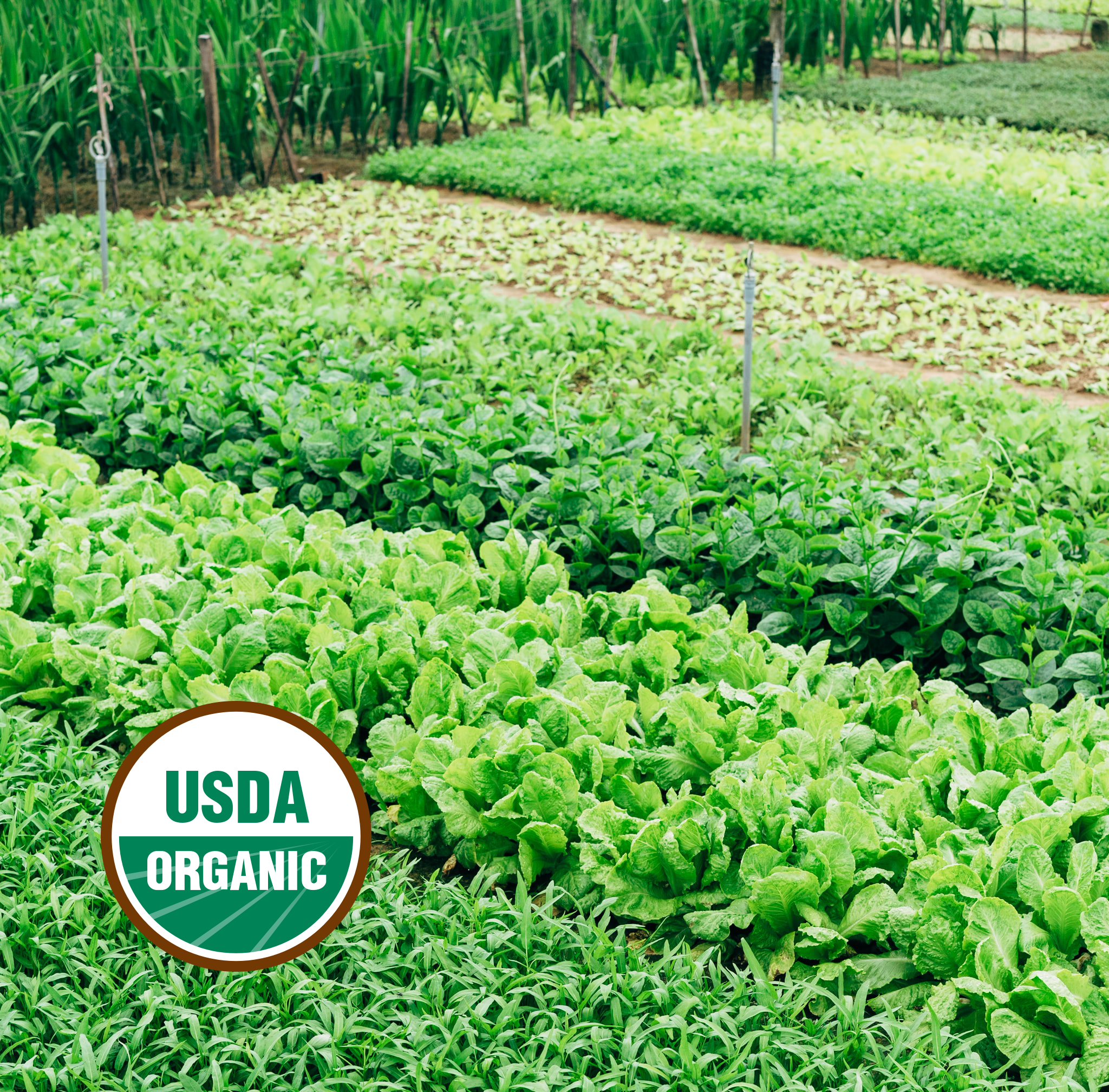 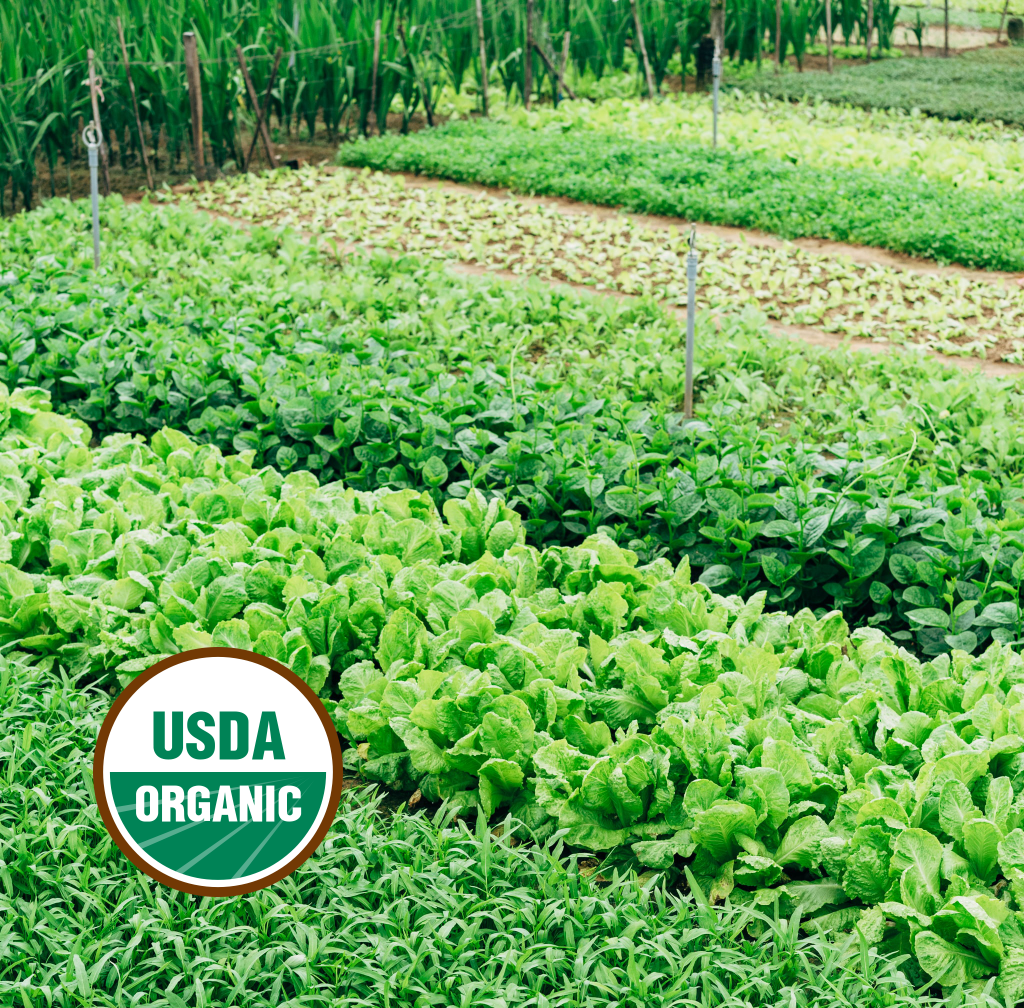 A new HHRA paper looks at how organic farming reduces pesticide use and dietary exposure.

We are excited to share the release of this HHRA sponsored peer-reviewed paper. HHRA’s Executive Director Dr. Charles Benbrook is the lead author,  click here to view the paper, and read on for a user-friendly summary of the findings.

Did you know there are pesticide residues in and on your food on a daily basis (unless you seek out and consume mostly organic food)? Pesticides include insecticides, herbicides, fungicides, fumigants, and plant growth regulators. These chemicals can be taken up by crops and some make their way to your kitchen table.

We have all heard the saying “you are what you eat.” Yet a question lingers largely unanswered — What are the chemicals in the food we eat doing to our bodies, our health, and the integrity of the human genome (i.e. the DNA in our genes)?

Cutting-edge research has begun to shed new and brighter light on the ways pesticide exposure can contribute to or cause adverse health outcomes. Pesticide exposures have been linked to multiple health problems including cancer, getting and staying pregnant, developmental delays in children, heritable genetic changes, altered gut health, neurological disorders like Parkinson’s disease, and other chronic health problems. Clearly, pesticides can adversely impact the brain and our neurological system, the human immune system, and our reproductive health.

Neurological impacts increase the risk of autism, ADHD, bad behavior, and can reduce IQ and hasten mental decline among the elderly. Anything that impairs the functioning of the immune system increases the risk of cancer, serious infections, and can worsen viral pandemics, as we have regretfully learned throughout the Covid-19 outbreak. Several pesticides have been shown to cause or contribute to infertility, spontaneous abortion, and a range of birth defects and metabolic problems in newborns and children as they grow up.

So how do we avoid potentially harmful pesticide exposures?

In the USA in 2021, the surest way to minimize pesticide dietary exposure and health risks is to consume organically grown food. How do we know? We have run the numbers.

A recently-published HHRA paper, written by a team led by the HHRA Executive Director Chuck Benbrook, draws on multiple state and federal data sources in comparing the dietary risks stemming from pesticide residues in organic vs conventionally grown foods. The new paper is entitled “Organic Farming Lessens Reliance on Pesticides and Promotes Public Health by Lowering Dietary Risks”, and was published by the European journal Agronomy. Benbrook was joined by co-authors Dr. Susan Kegley and Dr. Brian Baker in conducting the research reported in the paper.

There is good news in the paper’s many data-heavy tables.  Organic farms use pesticides far less often and less intensively than on nearby conventional farms growing the same crop (see the chart below for an example from California). On organic farms, pesticides are an infrequently used tool, applied only when needed and after a variety of other control methods have been deployed. Plus, only a small subset of currently registered pesticides can be used on organic farms – just 91 active ingredients are approved for organic use, compared to the 1,200 available to conventional farmers. Pesticides approved by the USDA’s National Organic Program (NOP) are typically exempt from the requirement for a tolerance set by the EPA because they possess no, or very low, toxicity. NOP-approved pesticides cannot contain toxic, synthetic additives or active ingredients. Many of them are familiar household products, like soap, vinegar, clove oil, and rubbing alcohol.

On many conventional farms, pesticides are the primary, or even sole tool used by farmers to avoid costly damage to crops by pests. Conventional farmers also have far more pesticide choices. The products registered for many crops include known toxic and high-risk chemicals linked to a number of adverse health outcomes.

More good news — choosing and consuming organic food, especially fruits and vegetables, can largely eliminate the risks posed by pesticide dietary exposure (see figure below). In general, the residues of any given pesticide in organic samples are usually markedly lower than the same residue in conventional samples. This is important because pesticide residues in fruit and vegetable products account for well over 95% of overall pesticide dietary risks across the entire food supply. The pesticide-risk reduction benefits of organic farming now extend to a little over 10% of the nation’s fruit and vegetable supply.

Impacts on the farm and farmers.

While the dietary risks from pesticide use on organic farms compared to conventional farms is the focus of the Agronomy paper, the consequences of heavy reliance on pesticides by many conventional farms are also discussed. These include the emergence and spread of resistant weeds, insects, and plant pathogens that then require farmers to spray more pesticides, more often, and sometimes at higher rates – this is known as the herbicide treadmill. The heavy reliance on pesticides on conventional farms also can impair soil health and degrade water quality. It can undermine both above and below-ground biodiversity, and in some areas has decimated populations of insects and other organisms, including pollinators, birds, and fish.

People applying pesticides and people working in or near treated fields are the most heavily exposed and face the highest risks. A grower’s choices in knitting together an Integrated Pest Management (IPM) system impacts workers, consumers, and the environment. Organic farmers rely on biological, cultural, and other non-chemical methods in their prevention-based IPM systems and generally succeed in keeping pests in check.

Switching from conventional farming to organic production takes time and requires new skills and tactics. Most farmers who have made the change have done so mostly on their own. Other organic farmers and their pest control advisors remain the primary source of technical support and encouragement for neighboring farmers thinking about taking the plunge.

The authors end the paper with a review of concrete actions, policy changes, and investments needed to support those willing to make the transition to organic.

First, “organic farmers need better access to packing, processing and storage facilities linked into wholesale and retail supply chains.” In fact, many farmers hesitate to transition to organic not because of problems adhering to organic farming methods or controlling pests, but because of a lack of marketing opportunities.

Second, agribusiness firms have shown little interest in developing and manufacturing the specialized tools and inputs needed by organic farmers. There are many unmet needs. Tillage and cultivation equipment suitable for small-scale operations is hard to come by, unless imported from Europe.

Infrastructure investments are needed to increase the supply and quality, and lower the cost of compost and other soil amendments. More cost-effective ways are needed for organic farmers — and indeed all farmers — to rely on insect pheromones in disrupting mating and microbial biopesticides that control pests by disrupting their development, reproduction, or metabolism.

Third and perhaps most important is “public education and access to information about the significant health, environmental, animal welfare, farmer, and worker benefits that arise when conventional growers successfully switch to organic farming.”

The case for transitioning most of the approximate 1.2% of US cropland growing fruits and vegetables to organic is strong and bound to grow more compelling. The paper points out that the technology and systems exist to rapidly increase the organic share of fruit and vegetable production from a little over 10% today to over 70% in five to 10 years. The only thing holding back growers is the lack of demand.

As more farmers switch to organic, more investment in tools, technology, infrastructure, and human skills will bring to organic food supply chains the same economies of scale that now make conventional produce so affordable. As a result, over time the organic price premium will narrow as the supply of organic produce expands.

Organic farming reduces pesticide reliance and dramatically reduces dietary risk. The opportunity to promote healthy pregnancies and thriving newborns via farming system changes will join the need to build soil health and combat climate change in driving new investments and policy changes that will hopefully support farmers open to innovation and willing to transition to organic.