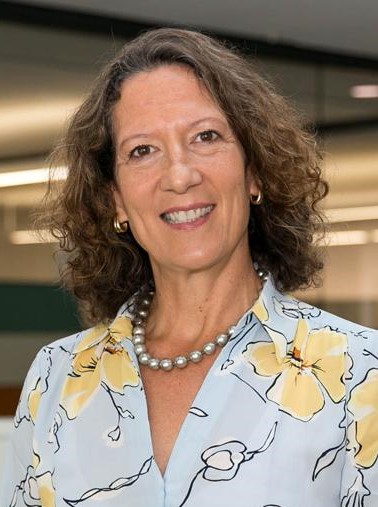 Dr. Melissa Perry and the Search for Answers that Led Her to The Heartland Study

“The Heartland Study team is all about relationships, the mutual respect we have for each other and how much we care about the families of the Heartland and their long-term health.”

Growing up in a rural Vermont community beset by hardship, Dr. Melissa Perry initially envisioned a career as a psychologist — someone who could help heal people emotionally scarred by poverty, substance abuse and other common struggles.

But Perry, who is one of two Co-Principal Investigators heading HHRA’s flagship project The Heartland Study, was ultimately guided by a wise professor to follow a path into public health instead. She worked her way to her current position as Chair of the Department of Environmental and Occupational Health at George Washington University (GWU), where she directs laboratory research exploring how chemicals in the environment affect human reproduction. She also teaches graduate students about the myriad ways that climate change is central to the future of public health.

Perry’s interest in chemical impacts on human health originated with her rural roots and the use of pesticides on the family farms  that made up her childhood home town. Her focus on pesticides grew over time as Perry followed the publication of high-impact papers by teams affiliated with the National Cancer Institute (NCI). Today, she is one of the world’s leading experts on the impact of environmental chemicals like pesticides on sperm counts, an important factor in decreasing fertility rates.

The series of NCI papers in the 1990s and 2000s that inspired Perry reported research that benefited from novel methods of studying pesticide-cancer links among farmers and their families. For several pesticides, the papers showed that farmers who are more heavily exposed have higher rates of some rare cancers, compared to farmers rarely or only occasionally exposed to the same pesticides.

Perry was fascinated by the new tools the NCI was developing to track pesticide impacts on cancer in rural and farming communities, an interest that would shape her own scientific journey and career.

Her concern for the hazards of herbicide exposure mounted when Perry met Dr. Charles Benbrook at a Congressional staff briefing before the U.S. House of Representatives in Washington, D.C. in 2011. Benbrook, who now serves as HHRA’s Executive Director, was there to share information on the latest USDA data on herbicide use. His presentation focused on the rapidly rising use of several herbicides in the Midwest, driven by the spread of weeds newly resistant to glyphosate, the chemical in Roundup herbicides.

Perry was most concerned when she saw data pointing to likely, major increases in the use of 2,4-D and dicamba. Why? Because she had read papers published in the 1990s and 2000s reporting that these two old herbicides increase the risk of reproductive problems, birth defects, and some cancers. (Access papers on 2,4-D and dicamba in our bibliography.)

Benbrook’s presentation — and another by Dr. Dave Mortenson, a leading weed ecologist tracking the rapid spread of herbicide-resistant weeds — convinced Perry that herbicide-public health impacts needed more focused scrutiny.  After a series of calls and emails with Benbrook and another colleague, Dr. Phil Landrigan, Perry agreed to serve as the Co-Principal Investigator of The Heartland Study, alongside Co-PI Dr. Paul Winchester, a neonatologist working in the NICU at Franciscan Health hospital in Indianapolis. Dr. Landrigan also joined The Heartland Study family as the chair of our Science Advisory Board.

Why Public Health Science is So Challenging

First, most diseases and reproductive problems are caused or made worse, at least in part, by other things impacting a person’s health. These “other things” that play a role in disease are often referred to as “comorbidities.” This term is one Americans have sadly heard many times as doctors explain why some people die from COVID and others hardly notice their infection.

Second, the ability of a person to fight off an infection, or quickly metabolize (break down) and excrete a pesticide they were exposed to, depends on the person’s age, health status, genetics, the air they breathe, the food they eat, and other chemicals or drugs they have recently been exposed to.

Dr. Perry understands that the challenge is not just to prevent disease among healthy adults. That in fact is the relatively easy part. Protecting pregnant women, infants and children, the elderly, the immunocompromised, people with chronic illness, and those with heightened susceptibilities to disease because of their genetics is the far more complex, yet crucial, challenge facing public health scientists.

As a Co-PI for The Heartland Study team, Perry is setting out to help answer some of those hard questions on behalf of the 100 million people living and working in the Heartland and the region’s farmers who need to keep weeds in check on their fields year in and year out.