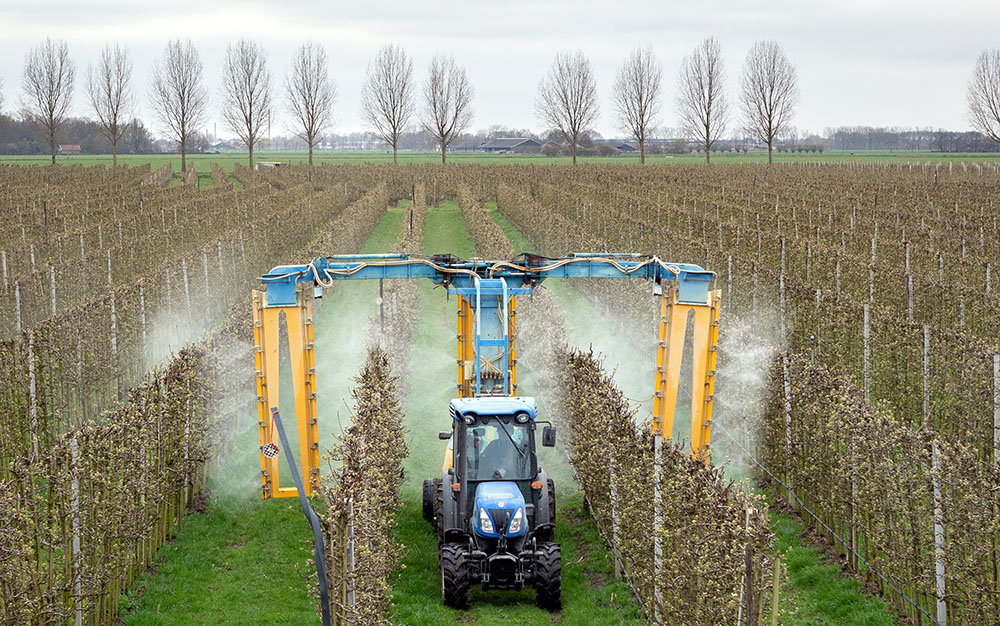 Organophosphate insecticides are heavily used in the US and globally to kill insects. Several are known to pose significant health risks to farm workers, and the developing brain and nervous system.

Organophosphate insecticides are heavily used in the US and globally to kill insects. Several are known to pose significant health risks to farm workers, and the developing brain and nervous system.

By Mark Lipson, HHRA’s Director of Policy and Regulatory Engagement

September 25th marked the close of public comments on a historic petition to EPA calling for an end to organophosphate (OP) pesticide applications on food crops. Twelve groups led by the United Farm Workers Foundation and Earthjustice petitioned EPA last November with a compelling summation of the case for ending all remaining uses of OP poisons in the food system.

From the 1980s through about 2000 both in the US and globally, organophosphate (OP) insecticides were the most heavily applied family of pesticides used to kill insects. For a half-century the OP chlorpyrifos was by far the most heavily used OP, but use ended in 2020 because of adverse impacts on the neural development of children. Several OPs remain in use today including acephate, diazinon, terbufos, dimethoate, and oxydemeton-methyl.

HHRA submitted lengthy comments signed by three of its principals, Dr. Phil Landrigan, Dr. Kathleen Merrigan and HHRA Executive Director Dr. Charles Benbrook. Each of the signers has played important roles in the decades-long fight against the manifold harms caused by OP farm chemicals. Dr. Landrigan led the landmark National Academy of Sciences panel that wrote the 1993 NAS report Pesticides in the Diets of Infants and Children.

The importance of that NAS study was summarized in a high-profile comment signed by dozens of prominent doctors and scientists in support of the UFW Petition:

“In response to the NRC [of the NAS] 1993 pesticide report that documented the overwhelming scientific evidence on early life susceptibility to pesticides, Congress in 1996 unanimously passed the Food Quality Protection Act (FQPA) —the only federal environmental statute containing explicit provisions for the protection of children.”

Yet 25 years later the promise of FQPA is not yet fully realized. The scientists’ letter continues:

“In the quarter-century since the enactment of the FQPA, while OP uses have continued to increase at the expense of children whose brains were irreparably impaired, the scientific evidence of neurodevelopmental harm in children from real-world OP exposures has strengthened.”

The neurotoxic and developmental harms of OPs fall hardest on farmworkers and their families. As the Petition succinctly states:

“The farmworkers who grow our food face the highest exposures and risks from OP pesticides. In addition to exposures through food and drinking water, they are exposed when they apply the pesticides or enter fields that have been sprayed, and they and their families are more likely to be harmed by pesticide drift because they live and go to school near where OP pesticides are sprayed…The science, the law, and principles of environmental justice require EPA to ban OP uses that are unsafe and that harm workers and their families.”

The Petition calls for four main actions by EPA impacting the human health assessments and regulation of OP insecticides:

HHRA’s comments provide the authors’ perspectives on each of these four actions, and the imperative need for EPA to act on them all. In addition to highlighting the well-established neurodevelopmental risks following prenatal exposure to OPs, the HHRA comments synthesize data on the economic costs stemming from OP-driven loss of lifelong IQ. These harms far, far outweigh any remaining pest control benefits from continued use of these insecticides.

HHRA’s submission also provides new data and synthesis on dietary risks. While US farmers have reduced OP dietary risks significantly, and many no longer need nor rely on OPs, OP residues and risk levels are rising in several key imported children’s foods, and could continue doing so until EPA revokes OP tolerances as called for in the petition.

The HHRA comments demonstrate that there are ample alternatives for the OPs still in use. The comments laud the efforts of the last two decades to streamline registration for new, lower-risk pesticides and recommends even greater investment in biological pest controls.

Finally, HHRA’s comments provide data and analysis to unequivocally support immediate and comprehensive cancellation action on the remaining OPs for the health of farmworkers and their families and people living, working, or going to school near OP-treated fields.

Now that the public docket has closed, EPA has to decide what the science now shows and the law requires. But the petition’s comprehensive compilation of solid data shows OP risks exceeding the EPA’s “level of concern.” The petition and supporting comments from Landrigan, Merrigan, and Benbrook and many other scientists represents a watershed in the quest for a food system in which public health and worker safety are top-tier goals both in words and action.