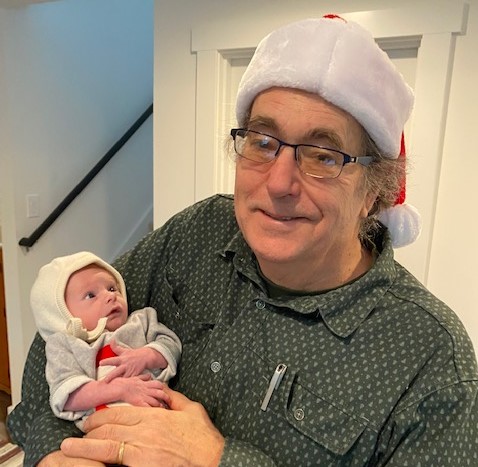 Hard Lessons and Aspirations: A Look Toward 2022

I suspect few will be sorry to see 2021 give way to the new year. 2021 was a rough year in so many ways, driven by two mega-events: the pandemic; and the rise of cultural and political rifts and tension in our public squares, coffee shops, and around our dinner tables. Unfortunately, both will carry over into the new year, future unknown.

But we can at least hope, and work to assure that lessons learned in 2021 inspire us, individually and collectively, to live smarter, do better, and not put off things we know we should attend to.

Our work in HHRA will remain focused on the public health and environmental consequences of the ways crops are grown and animals raised in America, with special focus on the tough time farmers in the Midwest are having managing weeds.

Despite the fact that farmers are doing more and paying much more in their efforts to control weeds, the weeds are winning.

Many farmers and most pesticide industry leaders still believe farmers need to do more of the same, but with greater precision, assistance from “big data” and artificial intelligence, and ideally, less interference from government. Others feel the time has come to shift gears, and to help farmers back off the herbicide treadmill they are now trapped on.

HHRA is working to convince anyone who will listen that the best way to help farmers back off the herbicide treadmill is reducing reliance on the now 800-pound hammer in the toolbox — herbicides — through more creative and systematic use of “many little hammers.”

Let’s remember, Mother Nature drives this bus. Resistant weeds are like climate change, it took a long time for these problems to become acute, and it will take steady and clear-headed effort, and deep systemic change over many years to stabilize the climate and push resistant weeds into the rearview mirror.

And in responding to both of these challenges, the longer society puts off needed change, the more deeply the next generation will regret our hesitancy to harvest low-hanging fruit and stop making matters worse.

The goal of HHRA’s ongoing research is focused on assuring that weed management system changes are made with the benefit of solid understanding of the public health consequences of change or its absence, and especially the consequences for pregnant women, infants, and children. Children like my new grandson Luca, who joined the family in mid December.

Our flagship project, The Heartland Study, is coming out of its Covid-imposed hiatus and actively enrolling pregnant people. We are collecting and testing urine samples for herbicides in order to more accurately track rising exposures. We are tapping many of the remarkable new tools available to public health scientists to answer the “why” questions.

Why are so many couples struggling to get pregnant and bring a healthy child into the world? Why are so many babies born early, underweight, or saddled with genetic or epigenetic changes that will make it harder for them to learn, stay healthy, and thrive?

Ten years ago, who could have imagined that scientists today would be sequencing the genes in bacteria in a person’s gut to determine whether a specific chemical causes cancer, autism, or bad behavior? And in the case of HHRA’s work, the impacts of glyphosate on the gut microbiome, damage to the liver, and cancer risk.

Thanks to everyone following the work of HHRA, and especially those who have chosen to support our ability to move faster and delve more deeply into how food and farming can support and enhance public health. There is so much more that needs to be done.

Please take a few minutes to review some of the highlights of our work in 2021.